With more than 200 Miros OSD™ systems delivered to oil companies, ship owners and coastal agencies around the world, Miros has established itself as a global leader in the provision of tools supporting oil spill response and surveillance operations. In fact, in February 2018, Brazil’s Petrobras engaged Miros in the world’s largest X-band radar-based OSD surveillance and response contract to date. 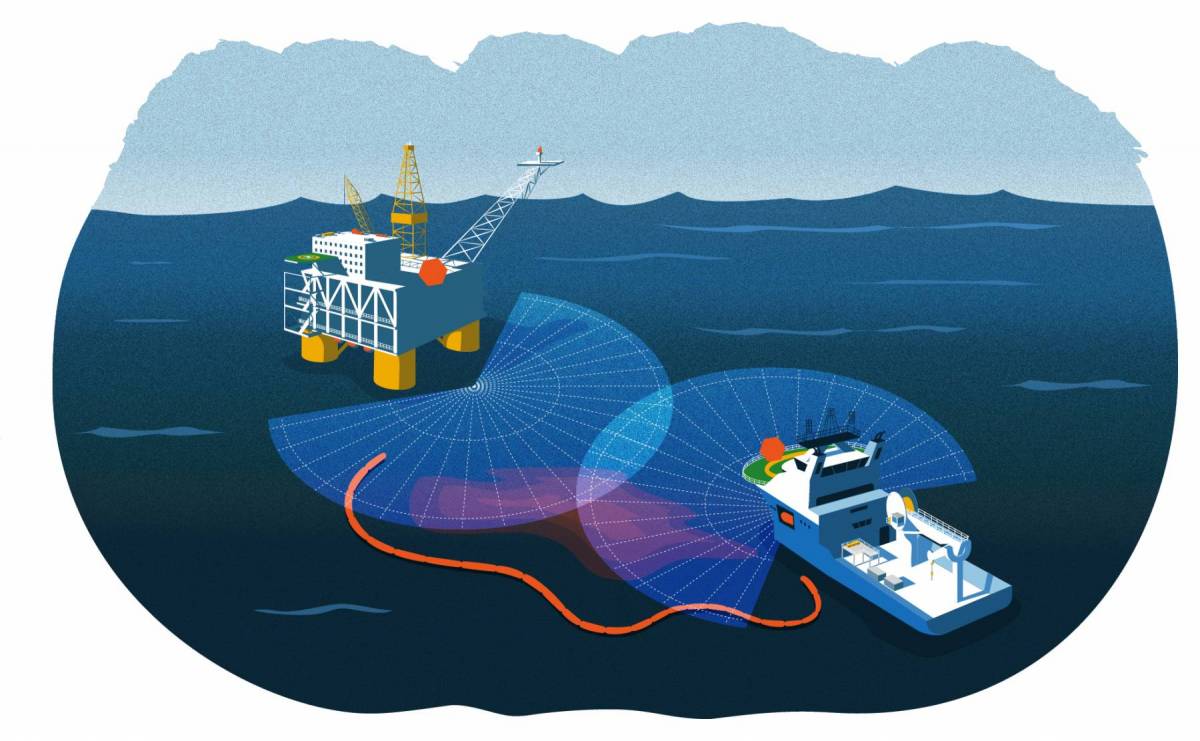 Every offshore installation must prepare itself for the unlikely event of an oil spill. Whilst early detection capability is vital, a low false alarm rate is also paramount, since false alarms that initiate manual activities can be extremely costly. Nevertheless, dialing down the sensitivity of a system in order to avoid false alarms is not an option as this could lead to the delayed detection of genuine spills.

The Miros OSD system has a unique ability to interpret multiple indicators simultaneously, only triggering alarms when the “right” combination is identified. Indicators, which include wave height and behavior, surface characteristics and drift, are collected and analysed using marine X-band radar, as well as infrared and daylight cameras. Miros OSD then processes the data and the appropriate signal is sent to the user interface. 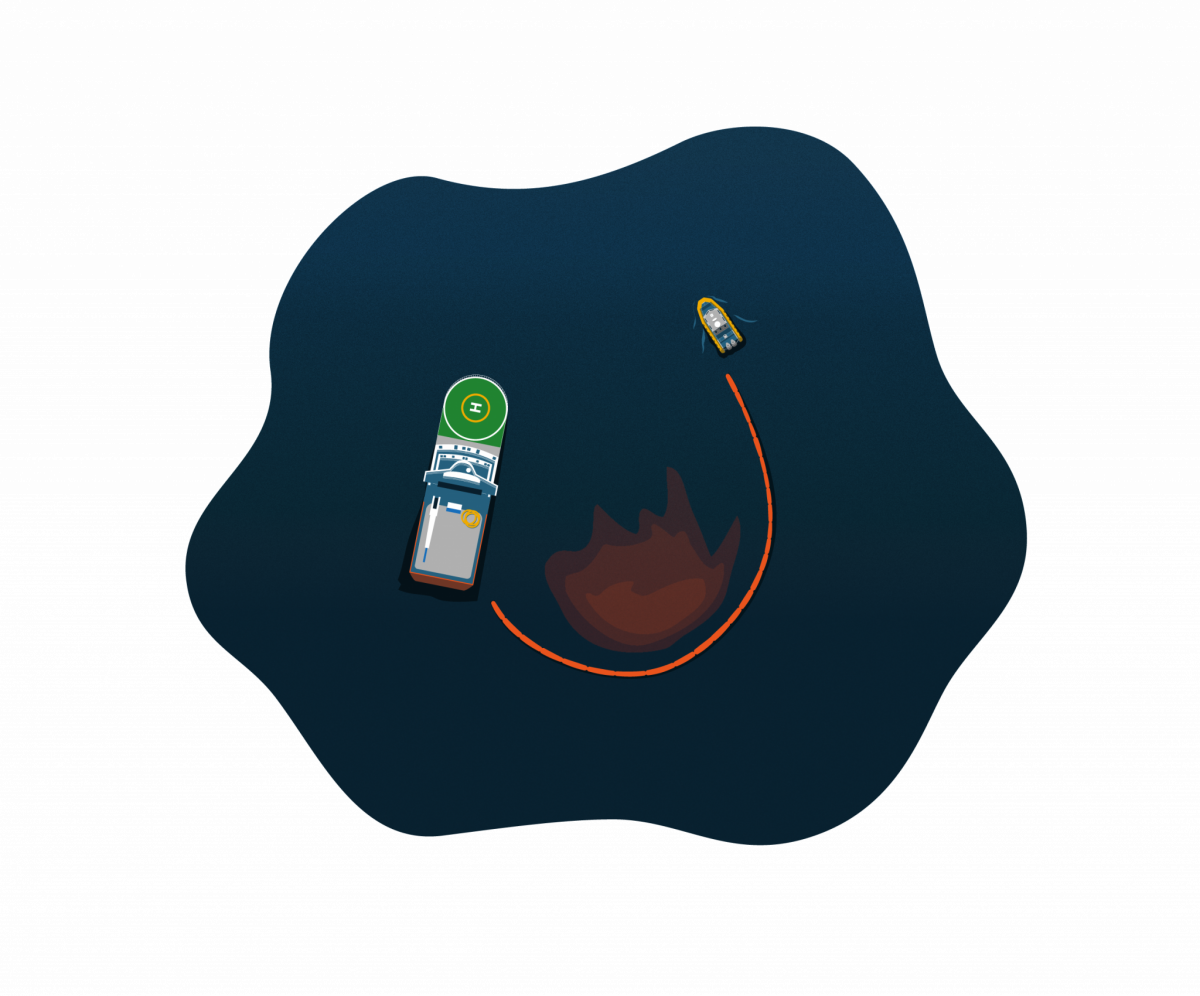 Infrared cameras and radar technology allow for optimal tracking in the toughest conditions.

Miros OSD has been thoroughly tested in oil-in-water exercises since 2004 and has successfully guided spill response operations in genuine oil spill incidents.

Employing an oil spill detection system is an integral part of any oil spill contingency plan, significantly reducing the potential for both environmental impact and the cost of response operations. Miros OSD equips users with early detection and mobilisation capabilities, reducing the chance of oil being spread over vast areas and making spills easier to combat. Infrared cameras enhance the Miros OSD system’s detection capabilities, adding valuable information to surveillance or spill response operations and allowing them to continue at night. 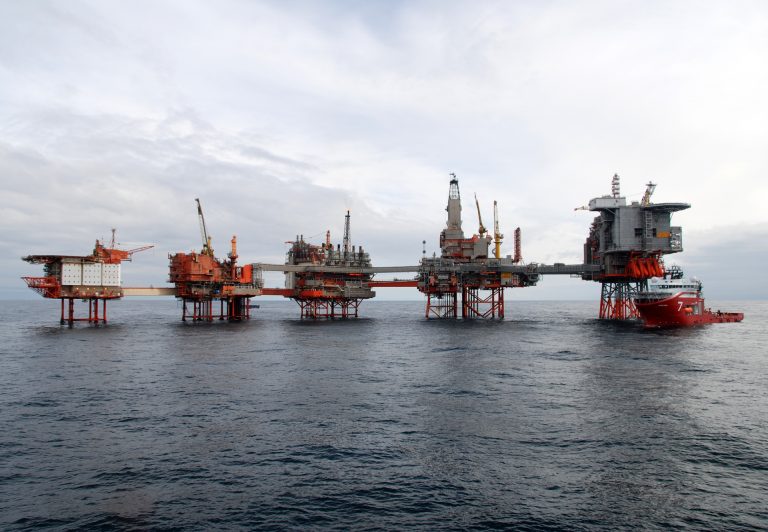 Miros OSD is used on offshore installations, vessels and shore-based stations too. The system can be used either as a standalone or as part of a sensor network.

The Miros Oil Spill Detection System provides continuous, local surveillance. Recovery operations can be continued in poor visibility or darkness, as well as when aerial data is unavailable.

Miros OSD provides continuous monitoring of high-risk areas. The system automatically generates alarms based on oil spill detection and each individual slick is characterised according to area and drift. Thanks to its capacity to raise alarms promptly, the Miros Oil Spill Detection System is able to dedicate more time to the characterisation of spills and the initiation of appropriate responses.

The Miros OSD System is modular and can be configured according to the needs of the user. The system can make use of existing marine X-band radar and includes:

Miros OSD is designed to be flexible and components are chosen according to site topography, as well as user requirements:

Switching From Surveillance to Recovery

Once the system has detected a spill, Miros OSD is designed to provide automatic alarms and situational awareness. The user display shows the spill overlaid with AIS targets, as well as infrared and daylight camera views. The integrated system automatically tracks the spill, switching seamlessly between cameras for optimal response. Early warning data to support response planning and decision making is provided to relevant offshore installations and vessels, as well as to appropriate coastal and port sites.

The Miros Oil Spill Detection System is an essential tool for oil spill detection during mechanical oil recovery or chemical dispersant operations. Early mobilisation keeps the oil from spreading over larger areas, making it easier to combat. Miros OSD functions as an aid for the navigation of the vessel towards the oil slick and for the correct positioning of booms and skimmers. The system tracks the oil slick over time, logging data from the operation in order to support the post-incident analysis. Since Miros OSD is equipped with infrared cameras, the operation can continue in poor visibility, or even at night.

Satisfactory for NOFO Modes of Operation

The Miros OSD System has been thoroughly tested in oil-in-water exercises since 2004 and has successfully guided spill response operations in genuine oil spill incidents.

Today, more than 190 OSD systems of various configurations have been sold to coastal agencies, oil companies and ship owners around the world. 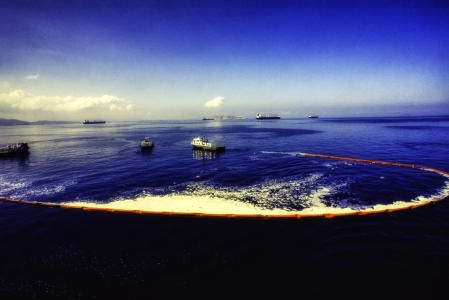 The Miros OSD System provides continuous oil spill monitoring of high risk areas. The system gives automatic oil spill detection and alarms generation. Each slick is characterised by area and drift. Given the early alarm, more time is given to verify and characterize the oil spill and decide on the appropriate response. 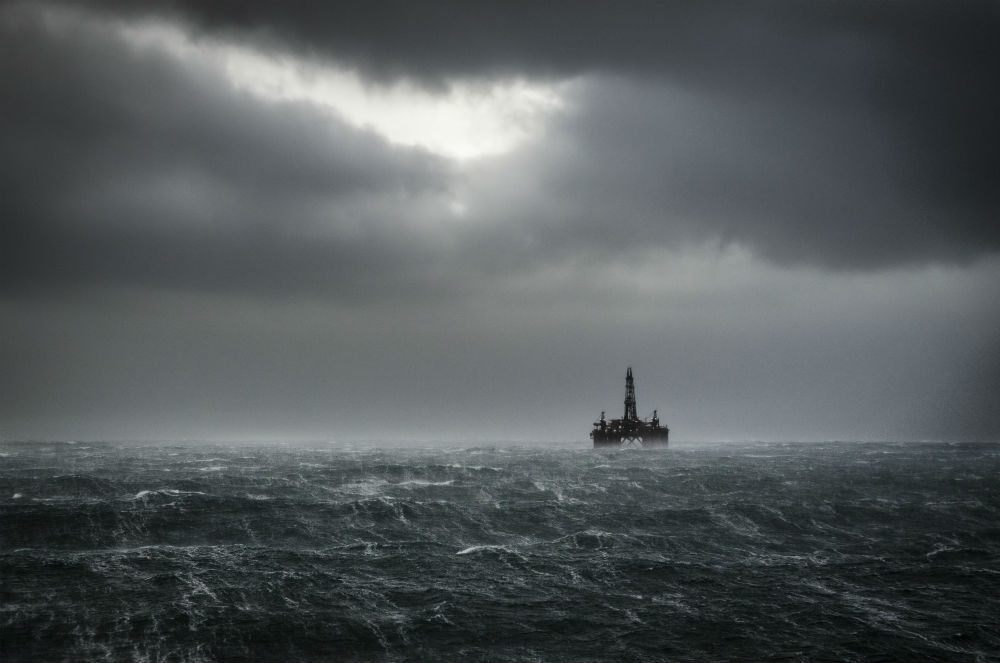 The Miros OSD system is being continuously enhanced, developed and tested. It has been verified in oil-on-water exercises and has successfully guided spill response operations in actual oil spill incidents. Whether present on offshore installations, vessels or shore-based stations, the Miros oil spill detection system helps give authorities and operators the confidence that they are applying the best available technology to detect and control oil spills. Whilst at the same time reducing the risk (and potential cost) of false alarms.

What is the functionality of the Miros Oil Spill Detection system?

The Miros OSD system offers fully-automatic oil spill detection, without the need for operator intervention. Miros OSD enables continuous surveillance of a large area, making use of data from one or more X-band radar units.

The system can be toggled between two modes, optimised for shifting priorities:

What is the method of identification employed by Miros OSD?

The intensity of the reflected radar signal varies based on the structure of the ocean surface from which the reflection is coming. A smooth ocean surface will reflect less energy than a rough surface, such as that produced in the presence of small capillary waves (created by wind). When oil is present on the sea surface it impacts the surface tension of the water and, as a result, wind does not create the same capillary waves on the surface as in areas free of oil. This means areas covered with oil will appear as smooth to the radar and will not exhibit backscatter. Areas free of oil will appear rough to the radar and will therefore exhibit backscatter. The Miros OSD system provides the user with a radar image optimised for visual identification and evaluation of oil spills on the sea surface. In this radar image, areas covered by oil will appear as dark, while areas not covered by oil will appear bright.

How well does the Miros OSD perform?

Very well. Through novel developments, particularly in the function of surveillance mode since 2016, the Miros Oil Spill Detection system combines high sensitivity with a low false alarm rate. With over 200 systems deployed across the globe, Miros OSD is a world-leading solution for oil spill surveillance and recovery. Miros OSD has been verified in tests using crude oil, including during Norwegian Clean Seas Association (NOFO) annual exercises and has successfully guided recovery efforts during numerous oil spill incidents.

What is the range of Miros OSD?

Wind direction: Upwind is more favorable than crosswind or downwind. An exception to this rule is in the case of a land site where the wind blows from inland, where only minor waves are created within a short fetch. In this scenario a good range would then also be expected downwind.

What external sensors does the OSD system interface with?

Miros OSD makes use of one or more X-band radars. The system also utilises data from an AIS receiver and a wind sensor, and for a moving installation requires GPS and gyro compass (or similar).

Can the Miros OSD system determine the location of the highest concentration of oil?

The Miros OSD system, at its most comprehensive, aggregates data from radar, infrared and optical sensors into a single, intuitive user interface. Simply speaking, the radar sensor provides spill detection and tracking, the infrared sensor allows for relative thickness estimation as well as spill recovery in darkness (or low visibility), but it is through the addition of an optical sensor that the Bonn Agreement Oil Appearance Code (BAOAC) can be applied in order to connect visual assessment to thickness estimation.

How is Miros OSD affected by weather conditions and low visibility?

A wind speed of at least 2 m/s is required for sufficient radar backscatter from the ocean surface. Miros OSD is unaffected by lighting and visibility conditions. Heavy precipitation may affect sensitivity. IR camera range may be affected by humidity, water temperature, as well as oil and solar irradiance.

Is Miros OSD suitable for use on vessels, does it have built-in motion compensation?

Yes, Miros OSD comes with built-in motion compensation and is suitable for use on vessels.

Can the system predict the trajectory of an oil spill?

Yes it can, based on measured wind and current conditions.

Is it possible to use the system to record the evolution of the oil spill trajectory?

Historical oil spills are logged according to their geo-referred position. The data history playback feature supports playing back processed radar image data. Raw data may be stored for later post-processing.

Can the system provide an estimate of the spill area, with real-time distance measurements to a defined point?

Yes. Miros OSD calculates the area of a spill and displays this to users. Spill thickness estimation is made possible with the addition of visual and IR cameras. Implement Vemunds comment about the relation between thickness and oil color properties in the visual domain. It is then possible to enter a thickness estimate for volume calculations.

Can the Miros OSD system leverage an AIS system to detect vessels in the vicinity of the oil spill?

How quickly can Miros OSD detect an oil spill on water?

Once a suspicious phenomenon is flagged, the system tracks its development over time. Miros OSD will signal that oil has been detected within 5-10 minutes of reaching the surface of the sea within the area under surveillance.

What is the minimum area and volume of oil Miros OSD can identify?
Is the mapping continuous, or sectioned into time frames?

The mapping of the oil spill is continuous. Automatic detections are updated every minute, BSI image on every scan.

Does Miros OSD supply information on currents and winds at the location of an oil spill?

Current data is generated from Wavex, which is an optional add-on to the Miros OSD system. The radar needs to be run in short pulse mode in order to provide data on current. A wind sensor is also required. Miros can provide a wind sensor if no such sensor is available on site.

Regardless of the addition of Wavex, the drift of the spill is generated and reported upon. Wind, oil drift and current are provided in the graphical user interface.

How easy is it to share data from the Miros OSD system with relevant stakeholders, on- and offshore?

The customer is fully in control of access to the system and with whom they share data from the system. You can configure how data can be shared within your own company network or via FTP connections. 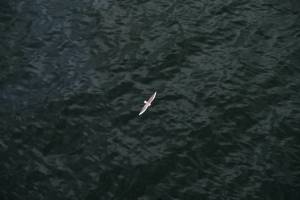 As an active member of NOSCA, Miros contributes to the expansion of the organisation’s expertise in combating not only oil spills, but all types of marine pollution.

The Global Commission on Adaptation has called for significant investment into warning systems to safeguard vulnerable coastal and island communities. Such investment, it says, could fight financial losses and save lives. 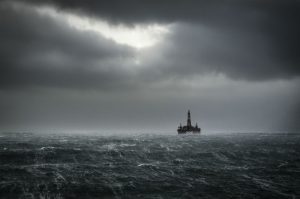 A Record Delivery of 8 Oil Spill Detection Systems to Petrobras